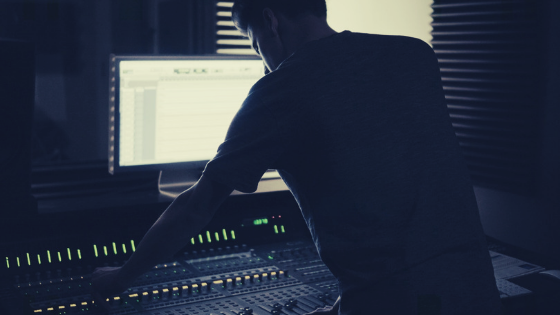 After all of your hard work, you’ve finally recorded your masterpiece.

This song may be your entry point into stardom. It represents your pinnacle achievement and thus it’s only natural to want to make sure it’s of the highest quality before you release it to the masses. First impressions matter the most.

With the right equipment and techniques it’s not difficult to record studio quality tracks at home, which you’ve done.

If you’re reading this then you realize the difficulties and learning curve ahead of you.

Even if you know how to mix a song, it requires a room that has enough acoustic treatment to not impart problems onto your expensive studio monitors’ flat frequency response. And knowing how isn’t enough, because mixing is both a science and an art. And then there’s the time frame required to train your ears to perceive and identify subtleties in each and every track.

I’m not here to convince you to not try to mix your own music.

You should try, because you’ll want that level of insight when you approach a professional team like Supreme Tracks. By trying yourself, you’ll know how to communicate with the pros about your music and most importantly you’ll have realistic expectations.

Not only do I want you to try to mix your own songs, but I’m going to tell you how we do it over at Ledger Note so you can give it a whirl. The process is exactly the same in a professional music studio as it is at home. You’ll just have access to different tools.

What You’ll Need to Mix at Home

The fact that you’re ready to attempt a mix means several things.

It means you have access to some form of DAW and a computer.

A DAW is a digital audio workstation, which is the nerdy way of saying it’s a piece of software that helps you record your music onto a multitrack. You’ve likely heard of plenty of these including Pro Tools, Logic Pro, Garage Band, Ableton Live, FL Studio, and tons more.

Since you have access to a DAW and have already used it to record your masterpiece, then we can assume you know how to use it well enough to follow the instructions below.

And finally, we know that every DAW out there comes stocked with some default effects plugins. Despite there being costly plugins with great testimonials out there, the stock plugins are fantastic and are just as capable of pumping out a Billboard Top 40 hit.

Unless your room is a neutral sonic environment loaded with acoustic treatment, your studio monitors can only take you so far. You won’t be able to hear clearly enough to make accurate decisions.

The solution to this conundrum is to invest in a pair of headphones that have a flat frequency response. You can view our list of the best studio headphones if you want to go that route, but for now any pair you have will do fine as long as they aren’t tiny ear buds.

I say all of this to say that you have most everything you need! The only thing missing is experience. Follow my lead below and you’ll have walked through the exact process that nearly every professional mixing engineer follows.

Although each engineer has a different workflow, here is how we all proceed, generally speaking.

Clean Up the Tracks in Isolation

The very first item on your to-do list is to deal with each track in isolation.

You’ll want to solo each track and work towards cleaning them up. The best tool for the job is automation. Automation is a way to automatically control features in the DAW like the volume faders, pan knobs, plugin knobs, and more.

You’ll want to automate the volume to mute the noise in silent regions of the track and to level out any wild variances in amplitude.

Another way to deal with noise in silent regions is to use a noise gate plugin. Once you start automating the volume faders, you can’t use them manually any more. A trick to keep that from happening is to apply a gain plugin to the track and automate it instead. Then you can still use your faders to manage the overall volume.

Balance the Volumes & Set the Pan

Make sure no tracks are solo’d and push all of your faders down. Start bringing each up in volume one at a time. I find it best to start with the kick drum and bass and find the balance between them first, because they can then act as the anchor for you to set the volumes of the
other tracks.

Don’t worry about perfectionism here, because you’ll be disrupting this fine balance constantly.

You just want to get close to how you envision the final mix will sound.

Once it’s close, you can then make some panning choices so you have a stereo mix instead of only working in mono.

Always keep your bass, kick, and lead up the center, but consider panning items like rhythm guitar and keyboard to the sides. Percussion and drums will be spread out in the stereo field as well, and the empty spaces will usually be filled with a stereo reverb later.

Use Equalization for Clarity

Your song should start to resemble something you’d hear on the radio at this point.

You’re missing three main factors to a mix, and they need to be approached in a specific order, the first of which is EQ. Equalization is a way to change the frequency response of each track so that it isn’t clashing with the other tracks. You want to make your decisions based on which tracks are the most important and which part of the frequency spectrum they live in. 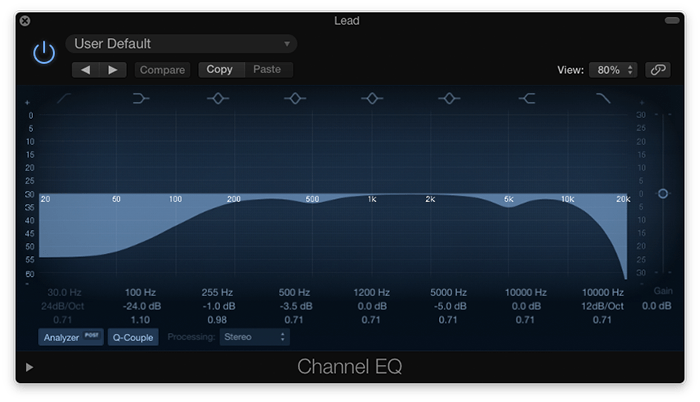 For instance, if the lead vocals are clashing with the rhythm guitar, you’d cut frequencies in volume on the guitar since it’s less important than the vocals and mixed at a lower volume.

Consider how the bass has most of its energy in the bass region while a lead synthesizer is mainly in the upper mids.

As a matter of fact, unless it’s the kick drum, no other track has any business being too loud in the bass region and definitely no reason to have any volume in the sub-bass region.

While I can’t talk about every possible scenario, those examples should help guide you through the process of thinking about equalization as you try to gain clarity between the tracks. As you make EQ changes you’ll disrupt your volume balance, so return to that and tweak your faders before the next step.

You’re probably having a hard time finding a decent balance in volumes, and that’s because you haven’t applied any compression.

Compression is added to each individual track to contain the range of variances in volume that are possible, much like we used volume automation for when we first started. What it does is make the loudest parts of a track less loud so the gap between the loudest and quietest parts is smaller.

Compression not only makes it easier to find the balance between volumes of the tracks, but it helps the listener latch onto each instrument without having to struggle to hear it as the volumes waver up and down.

You’re attempting to minimize that wavering and bring consistency to the individual volumes of the tracks and the overall volume of the song as a whole. 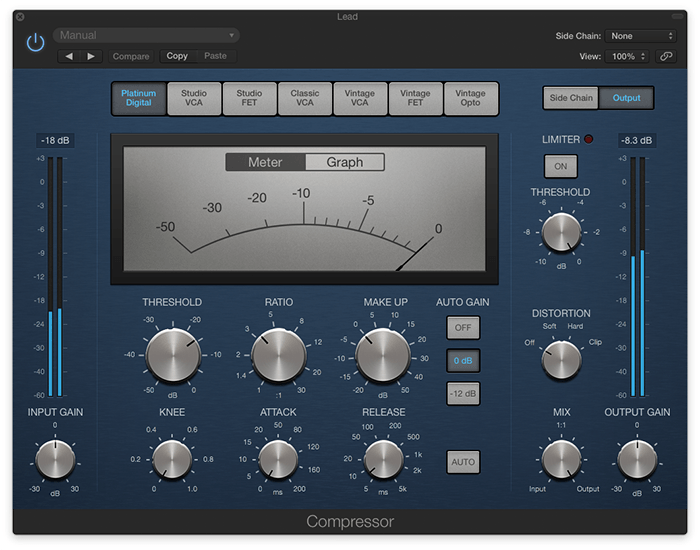 Of all of the effects, compression may be the hardest for newcomers to understand due to its four main variables: threshold, ratio, attack, and release.

The reason you wait till the end to do this is because the sound of the effects is entirely determined by the track they are applied to. So you want those tracks sounding good first so you can make the right decisions with these other effects.

You’ll have to experiment and play around with all of these kinds of effects, but I’ll say that the ones you’ll deal with the most are reverb and delay (especially repeated delays called echoes).

You should also note that you can route your original tracks to new auxiliary group tracks called buses and apply these effects in bulk there. This also allows you to treat the effects as a track of their own, where you can EQ and compress them separately.

If you walked through mixing one of your own songs using the procedure above, you’ll see how fun mixing can be, and how absolutely frustrating it is to focus on each and every detail. Changing one small detail can affect how three others sound and you can spend all day chasing your tail.

What’s worse is when you try to mix your own music you have a real hard time being objective about it.

For that reason it’s almost always better to find someone else to mix your own music, even if you’re a professional mixer yourself. And for that, I can confidently recommend Supreme Tracks. Make sure to listen to their examples and before & after’s. They’re the real deal.

Here a list of things you will have to do if you want to learn how to mix music in your home studio.

1. Make sure you have the right equipment for pro mixing.
2. Clean up the tracks in isolation
3. Balance the volumes & set the pan
4. Use equalization for clarity
5. Gain consistency with compression
6. Sweeten the mix with spatial & temporal effects

Jared Hobbs is the owner and operator of Ledger Note, an online magazine for music industry professionals. It is the culmination of a lifelong love for writing, recording, and mixing music and a passion for web development. Jared's goal is to ensure that the world's knowledge and skill of use increases alongside our rapidly expanding access to recording equipment.