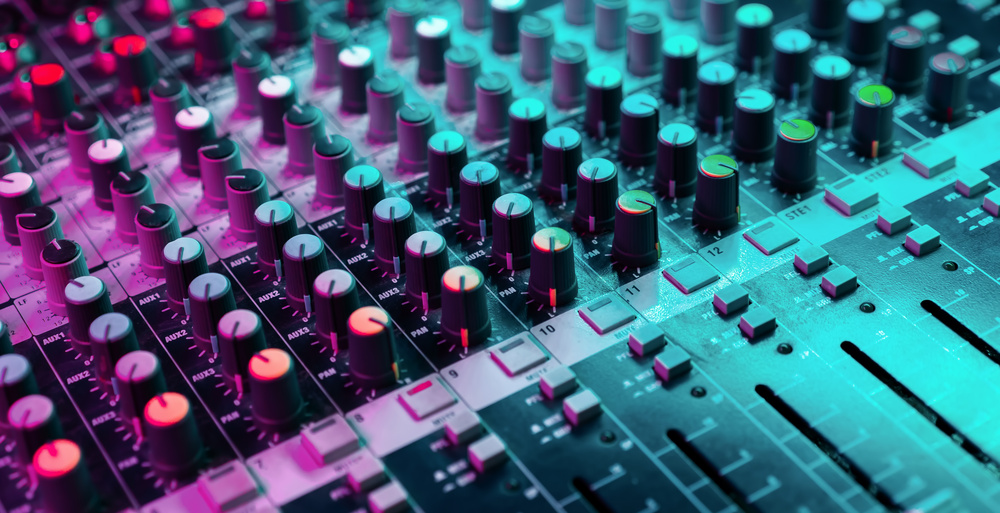 Most musicians are not sure what actually makes a mix sound professional. It’s tough for those attempting to mix their own music to know whether they’re making the right decisions when mixing and find it nearly impossible to get that “polished” sound.

If you’ve been struggling and looking for information on how the mixing pros make songs sound awesome, then you are in the right place.

In this blog post, we’ll take a look at what makes a great mix and what you need to think about to make your mixes sound more polished and professional. So whether you’re just starting out with music mixing or are looking for the skills you need to look for when outsourcing your next project, keep reading for some helpful insight!

A balanced mix is one in which all the elements of the recording are in harmony with each other and occupy a space within the stereo field.

Equalization can often be thought of as height when mixing sound.

When you hear a mix that sounds huge, it’s because there are musical elements that represent each frequency in the range (20hz to 20kzh).

A great mixing engineer uses EQ to carve out and accentuate frequencies to ensure that the different tracks don’t clash with one another and that there’s a sense of separation between sounds.

Compression, on the other hand, can be thought of as movement. Loud sounds move forward in the mix, and quiet sounds move into the background.

Very dynamic instruments, like a vocal, will jump forward and back, often creating an uneven-sounding performance. This is where a compressor can come in and help reduce the dynamic range and force the sound to sit in one spot of the stereo field.

However, a really great mix takes this a step further. An experienced mixing engineer knows how to use a compressor to create controlled movement in a sound.

For example, a compressor’s attack control can be used to shave off a sound’s transient (initial hit) to make the sound sit back in the stereo field. While on the opposite, you could have a slow attack that allows the transient to poke through, making a more upfront and snappy sound.

When an engineer sculpts sounds with an equalizer and uses compression for controlled dynamics, they create a mix that sounds balanced and focused. The elements play together and still maintain a musicality that the casual listener is looking for in their listening experience which is a cornerstone of good sound mixing.

The result of great sound mixing can connect the energy of a musical recording to the listener in any listening environment. Whether you’re listening in your car or through your laptop speakers, the song moves in the same way.

We touched a bit on energy when talking about using compression for balance, and to understand musical energy, we will take that concept a step further.

First, compression is a lot like seasoning in cooking. You add too much or too little during sound mixing, and you kill your track.

When you add too much compression during sound mixing, you suck the lift out of the recording, and you make it sound “blown out.”

On the other hand, if you don’t use enough compression during sound mixing, your sound will have too much dynamics. This can result in the listener losing a sense of space for the sounds within the mix.

However, when you get the compression right for each element within the mix, you glue all the sounds together. This result of this kind of mixing sounds coherent, almost like each track is dancing together.

It also allows the mix engineer more control over pushing and pulling elements during sound mixing via automation to generate more movement and energy throughout the sections of the song.

This level of finesse takes a trained ear, and it’s in these little “micro-dynamic” details that add musical energy to a mix and turn it from amateur to professional.

Texture is the sweetening used in sound mixing.

Equalization and compression can take a mix 80% of the way. However, the masterful use of textural elements like reverb, delay, and saturation (distortion), is what turns a song with well-balanced sound mixing into a smash hit.

First, time-based effects like reverb and delay are used on every great mix. Their primary functions are to create a unified space for the musical elements.

While delays and reverbs can be used for very audible effects (think The Edge from U2’s guitar sounds), most great mixes use these effects much more subtlety. They are often used to create more depth, width, and separation within the stereo field in the mixing process.

Most listeners may never be aware of the use of these effects. Still, the difference is very noticeable if you sat side-by-side with the engineer as they turned these effects on and off.

On the other hand, saturation is often used in the same subtle fashion. It’s often used to make sounds more natural and pleasing to listen to. This might seem counterintuitive because most think of distortion as a bad thing (unless you’re thinking of rock guitars).

However, saturation’s subtle and artful use can be used similar to an EQ and compressor, but with more color and character. Our ears naturally hear things “fuzzy.” When a sound is too clean or digital, it sounds unnatural.

So the subtle sprinkling of saturation will make a sound more pleasing to a listener, and great sound mixing exploits this to ensure a person doesn’t skip your song within the playlist.

While many modern productions can have over 100 audio tracks, only a few of those tracks need to have focus and articulation within the mix itself.

In David Gibson’s excellent book, “The Art of Mixing,” he suggests that a listener can only focus on three sounds at a time.

A great mix understands the limitations of the human ear. It only makes the critical sounds articulate, focused, and clear.

This would be the lead vocal, drums, and featured instruments like a synth, guitar, or bass for most modern pop production.

Next time you listen to a song, notice what the mixing engineer is guiding your ear towards. A great mix gets you to focus on the most essential elements.

A sound engineer who’s skilled at sound mixing is one who understands their monitoring system and listening environment. They know what frequencies are accentuated and which are under-represented.

Their acute knowledge of their monitoring environment gives them a better likelihood of their sound mixing translating to other speaker systems and listening environments.

A great mix is a great mix no matter where or what you’re listening to the song on. A skilled sound engineer understands how to balance sounds within the frequency range so that the music sounds balanced on every sound system.

At the end of the day, mixing is an art form. While the technical rules need to be followed to produce a good mix, the way each tool is used is what makes or breaks a mix.

It takes years of practice, listening, and mixing to develop a style and taste. And not every mix engineer’s taste is an excellent fit for all music.

Some mix engineers, like Manny Marroquin, love using saturation on everything. While this has proven to be a style loved by many pop artists, it wouldn’t be appropriate for a jazz trio.

A great mix marries the artists’ vision of their song with the mix engineer’s taste to take a track that jumps out of the speakers and grabs the listener.

A filet mignon by itself is a beautiful cut of beef. But it’s the chef’s use of seasoning and cooking that takes it to the next level. The same is true in the art of mixing.

The result of great mixing is when all raw tracks sound balanced and musical.

Even though you now understand what makes a great mix, it takes years of practice to consistently put out quality tracks.

This is why working with a great mix engineer who has put in the hard work is the fastest way to level up your music production. Luckily for you, we’ve done all the hard work of finding the best mixing engineers in the business.

Reach out to Supreme Tracks today and hear how amazing your music can sound when mixed to perfection.

Brad Johnson is a professional music producer and founder of SongProductionPros.com, working from sunny California.

How to Cross-Reference Your Mix?

Finding The Best Vocal Compressor For Your Mix