The Pandemic and a Changing Music Production Industry 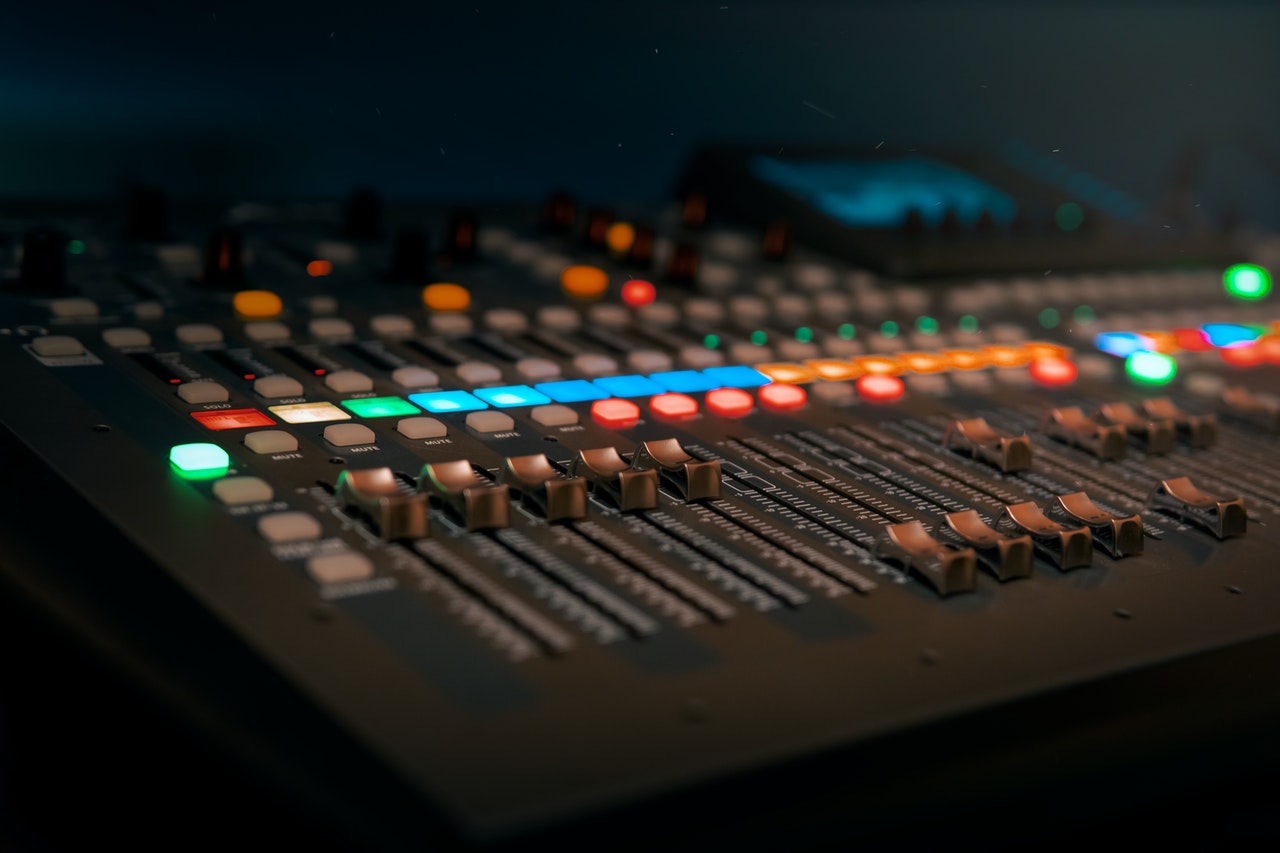 The 14 months have been hard and challenging for everyone, and the music production industry is no exception. Indeed, it may have been more vulnerable because the heart of music is collaborative and spontaneity, two things that more or less have been on hold.

At the end of the day, however, the industry is finding ways to move forward. Both the business and technical sides of the industry have learned valuable lessons. In an effort to understand those lessons, Supreme Tracks conducted a virtual (of course) round table. Insights came from Waves International Marketing & Public Relations Manager Udi Henis and musician/composer/producer Bryn Bliska. Responses from Butter Music and Sound were provided by Managing Director Ian Jeffreys and Executive Creative Director Aaron Kotler.

The interview was conducted via webmail by Carl Weinschenk, the editor and publisher of The Daily Music Break and HiFi & Vinyl Now. Minor editing changes were made for clarity.

Supreme Tracks: Please characterize the impact of the pandemic on music production.

Udi Henis: With the majority of people being in lockdown and adhering to social distancing, musicians and producers have been forced to forgo working in professional studios. [This resulted] in them working in “bedroom” and small project studios. Not to mention working alone and engineering/mixing hands-on.

Bryn Bliska: The pandemic certainly has shifted things into the remote realm. Although this presents a lot of creative and technical challenges, the upside is that people are more willing to collaborate across geographic locations. For instance, an artist in LA can have a similar experience working with a producer remotely in LA, NYC, or London, so it’s leveled the playing field a bit in that respect. I’ve also heard from many artists that it’s pushed them to up their own technical skills in the areas of recording and producing demos, which has been fun for some folks!

Ian Jeffreys: There’s no denying that the pandemic has been difficult for musicians and performers worldwide. Fortunately in our sector, we did not see a major impact. Like all members of society, we have been working from home and facing similar challenges (the anxiety, the alienation, lack of activity, managing children and remote school, etc.). But the effects to our particular way of business has been minimal

ST: Are the changes that the pandemic has caused more technical (i.e., finding and learning to use tools to collaborate virtually) or psychological (i.e., being creative at a distance), or is it both?

BB: I’d certainly say it’s both, and in the realm of music production, those two things go hand in hand. It’s impossible to have a creatively seamless and fulfilling experience if the tech isn’t in place. However, I think we are all a resilient bunch and I’ve been pleasantly surprised with the fruits of my own online collaborations as well as those I’ve gotten to hear the products of.

IJ: From my vantage point, I could point to some psychological challenges. Maintaining company culture, onboarding new team members, fostering talent, finding space for spontaneous brainstorming…were some issues we encountered. But because of those obstacles, we instituted some changes that have enriched our team and our culture.

As an example, we started a weekly meeting for Butter’s entire staff in our NY/LA/EU offices, and during those meetings, we have a segment in which one member shares a playlist and presentation on a genre of music that they are passionate about. We’ve learned about the history of disco, salsa, and musical comedy. We’ve done deep dives into tango, Japanese city pop, and Latin pop. We’ve also had presentations on music applications for TikTok and sound effects in movie tracks. It’s been affirming and inspiring for the whole team.

UH: From the psychological standpoint, perhaps there is a catalytic effect on those that were hesitant towards a “do it yourself”, or they have been delaying how to learn or upgrade their recording and mixing abilities.

Also, what was considered before to be a rather niche or unique process, i.e., musicians working remotely–be it recording, mixing, or streaming a live performance–has become a common occurrence, on all levels.

ST: If both, which is the most challenging?

UH: In my opinion, getting over the hurdle to learn. I think many people took advantage of Waves’ educational videos that simplify and explain the benefits and workflow of using our plugins for mixing. Also, taking advantage of our creative tools, for example, Vocal Bender and OVox being used for songwriting and producing

ST: Are the changes that have occurred an acceleration of things that were happening to some extent anyway, or was the industry more or less completely blindsided?

IJ: Butter has been collaborating across our offices using Dropbox and video chat for over five years now, so operationally there was not much of a change for us. I would say the pandemic has been helpful in forcing us to shed some antiquated practices and shift more fully to a cloud-based teaming approach. It has also forced the players and performers who were not already invested in home recording equipment to do so in order to play remotely. This has given more access to the best players.

So, to answer more succinctly, an acceleration.

UH: I would think it was an acceleration. It is a known fact that in recent years a major portion of music being made is done solo, in “bedroom” or small project studios. Being “forced” to work alone just accelerated it.

BB: I certainly think many areas of the industry were completely blindsided, particularly studios and of course live venues and the entire live music and sound industry. There are a lot of things to consider as we move back into the live or hybrid space. For instance, how will live sound and venue personnel (as well as artists, of course) be fairly compensated for simultaneous live streams or streamed-live hybrid concerts that then live on the internet? How can we assure everyone’s safety and wellbeing? It’s well-known that in NYC it’s difficult to keep high-end studios afloat financially, so the pandemic definitely dealt another blow on top of the pre-existing challenges.

ST: Has a particular genre been especially hard hit (i.e. one in which spontaneity is more emphasized)?

BB: Within my network, the individuals who have faced the most change and challenges have certainly been those who work in the live space as musicians (jazz predominantly in my circle), DJs, live engineers, and then also engineers at larger studios.

Aaron Kotler: Sad piano music experienced a faster rise and fall than Gamestop stocks. For a good month, it was all anyone wanted. Now it is universally despised. Scorched earth. Probably because of this video, which arrived one month after lockdown: https://youtu.be/vM3J9jDoaTA.

UH: Obviously, live performances. However, Waves tools, be it plugins, our eMotion LV1 Live Mixer, and especially our SoundGrid system hardware units and technology have greatly aided live streaming, which has become extremely common during the pandemic.

ST: Are there technical tools (hardware/software) that have been especially helpful? If so, what is it?

AK: I would say that Zoom has been a little TOO helpful. It has taken over my life. Though Butter doesn’t typically manage VO recording, I have to acknowledge the way Source-Connect has allowed clients to be a part of remote sessions. Neither of these replaces the value of having people in a room together, but they open up more possibilities.

On a macro level, I have to say I find it astounding that this virus arrived at the exact time when (most of) society was technologically advanced enough to face it with minimal interruption. Ten to 15 years earlier, this would have been much more painful to endure. Ironically, it is also because of our technological advancements (international air travel) that the pandemic occurred in the first place.

BB: These days, everybody I know uses a plugin called ListenTo by AudioMovers. It enables you to port audio from your DAW (such as Ableton or ProTools) to a browser with pretty high quality and low latency. I’ve heard of other software that lets you collaborate even more actively on recording, and have heard of friends who will remote into an artist’s computer to help them record from afar if they do have the proper equipment themselves. Otherwise, I’d say Izotope’s RX software has been even more of a godsend this year for cleaning up source audio that wasn’t necessarily recorded in the cleanest and quietest acoustic environment. 🙂

ST: What has the industry learned that can be incorporated into production techniques once things return to normal?

AK: I actually think this question is better posed in reverse. There won’t be a return to normal. We are living in the new normal. So the question becomes, what practices from the old way are worth bringing back? The more we look at this as a paradigm shift, the more realistically we can imagine what the world looks like going forward.

UH: I can only speak from the Waves’ point of view. In short, I think it has taken web marketing to a new level and enhanced web connection with our users, our community, and business partners.

BB: I think we’ll continue to see more remote sessions and collaborations than we did prior to the pandemic, especially for stages of the production process that involve more finessing/feedback rather than generative creativity. However, everybody I know is very excited to get back to in-person collaboration and shows, so I expect there to be a healthy balance.

Carl Weinschenk is a freelancer in the New York City area who writes about telecommunications, information technology, and music. He publishes The Daily Music Break, HiFi & Vinyl Now and runs The Internet Music Mapping Project, a constantly growing listing of music-related websites.

Music Production: Common Challenges and Ways To Overcome Them

8 music production tips to help you finish your tracks