Songwriting Tips: How To Write a Song Like The Beatles [Part 1] 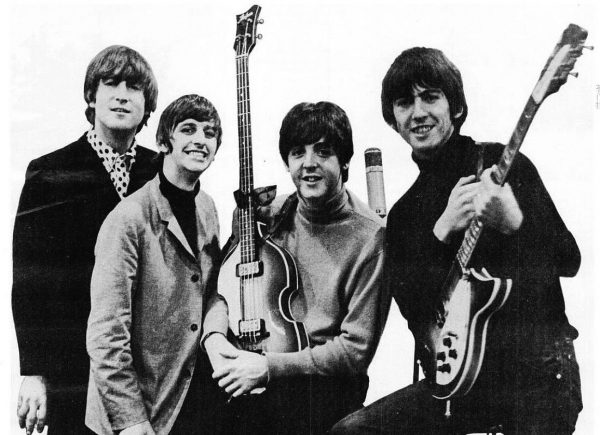 The Beatles are the heavyweight champion of modern songwriting and therefore a great subject for songwriting tips.

Ask anyone who was around in the US and Europe from 1963-1970 (Yes, The Beatles were only a band for eight years!) and they will tell you how The Beatles changed everything.

Since there are too many to choose from, we’ll take two posts to study the lyric-crafting and composition of some of the Beatles best songs. In this post, we’ll focus on narratives, or story-songs.

Before we jump in, a little disclaimer:

We’re diving into some subjective territory! People get passionate about this band, and we know we may ruffle some feathers by glorifying certain songs, and leaving out others.

We’d love to hear your point of view, and your requests for song-study in our next Beatles post in the comments section.

Alright, time to dive in.

Let’s start with For No One from their 1966 album “Revolver.”

This is a heartbreakingly universal song. Paul McCartney paints a picture of a love that was once strong, but has faded for only one person in the partnership.

The entire song attempts convey the feeling when you look into the eyes of someone you love, and no longer see the love returned.

And in her eyes you see nothing

Cried for no one

A love that should have lasted years

If you’re faced with the person who is leaving you, watching them cry about it would feel ironic and empty. “Tears cried for no one” – the subtext being: You’re not crying for me, you are the one choosing to leave. What are these empty tears?

“A love that should have lasted years” – a gorgeous lyric, but inseparable from its melody and it’s preceding rhyme.

This line puts the listener at a fork in the road leading to two alternate timelines. To the right, the way it should have been, and to the left, a future without her that seems to be a tragic fluke.

The storytelling reads almost like a screenplay with narration, all playing out over an almost baroque sounding chord progression.

You stay home, she goes out

She doesn’t need him

Your day breaks, your mind aches

You won’t forget her

We can learn so much from this. The simplicity holds so much meaning.

Just say exactly what is happening in your story. Let your lyrics be as simple as possible.

“Simplicity is the most difficult thing to secure in this world; it is the last limit of experience and the last effort of genius.” – George Sand

Your songwriting process may start by overwriting, but hone your rewriting (and rewriting and rewriting) skills to chip away until you get to the core of your story.

This song’s simplicity is the reason for its sophistication. Never think simple equals stupid. Simplicity will be the legitimizing factor of your work.

For No One is written in the 2nd person, meaning there is no “I” character, only “you” and “her.”

When we use the 2nd person in colloquial speech, we’re usually trying to describe something personal to us but simultaneously distance ourselves from it: “You know how it is, when you just can’t get to sleep because the baby wakes you up every thirty minutes…”

It is so human to speak about our troubles this way.

Though it is never explicitly said, the listener can feel Paul’s emotion in his performance, can feel the truth in the lyrics, and may safely assume this actually is his story.

The choice of perspective is a character development tool.

Go through the lyrics and change “you” to “I.”

Not as universal, right? With that “I” character, we would find the song to be a self-pitying surge.

Without the 2nd person perspective, we lose that humanizing defense mechanism that shows us so much more about the narrator than a line like “My day breaks, My mind aches, I find that all the words of kindness linger on when she no longer needs me” ever could.

This cinematic track is another narrative masterpiece. This time The Beatles turn a mirror to society and show a stark reflection of our loneliness and isolation.

The second track on “Revolver,” this song helps to solidify its album as a turning point in the evolution of The Beatles from Teeny Bopper Craze to Best Band Ever.

Ah Look at all the lonely people

Ah Look at all the lonely people

This song is all about action and basically lacks any kind of description.

The first lyric is inviting the listener to look around. Immediately images of, and the profound truth of, the loneliness around us and within us is revealed.

The sweeping melody, thick vocal harmony, and orchestral arrangement create the filter to the image of society. The music colors the lens. It lights the solitary nature of our lives with a grandiose, dramatic hue, the kind of music that would be played over an aerial shot of Mount Everest, or a powerful scene from nature.

Then the swirling strings become sharp, and we get to look at these creatures in their natural habitat:

Lives in a dream

Waits at the window, wearing the face that she keeps in a jar by the door

Who is it for?

In two short lines, this character portrait lacks nothing. We understand Ms. Rigby deeply. We see her bedroom, her makeup table, her windowsill, her fingernails and knuckles and she picks up the grains of rice.

The minor chord progression and percussion orchestration show us a grey sky, the cold steps to the church, the strong wind in the barren trees.

There is zero description in these lines. Use this skill of “Show Don’t Tell” in your writing and see how succinct and meaningful it can make your lyrics.

Your music holds imagery. Use your composing to push energy. Treat it like the second voice in conversation with your lyric, and it will expand your story in the imagination of your listener.

All the lonely people

Where do they all come from?

All the lonely people

Where do they all belong?

Asking questions instead of making statements is a powerful tool in songwriting.

It invites your listener to ponder and think for themselves and empowers them.

It also endears you as the writer/performer to them, because you don’t claim to know anymore than they do. It’s humanizing and uniting.

Try using a question as the hook for your next song! See where it takes you.

Songwriting-wise, this may be our favorite Beatles song ever.

The beginning, middle and end of this story is simultaneously winding, and crystal clear.

Wednesday morning at five o’clock as the day begins

Okay, stop there and go right to the chorus:

Basically our entire story is summed up in these three lines. This simplicity allows the listener to rest as the story is revealed, freeing them from trying to figure out what is happening.

As you write, don’t shy away from storytelling, but make sure you anchor your listener using this simple technique of lyrically connecting the very first line of the first verse, and the chorus/hook/title. 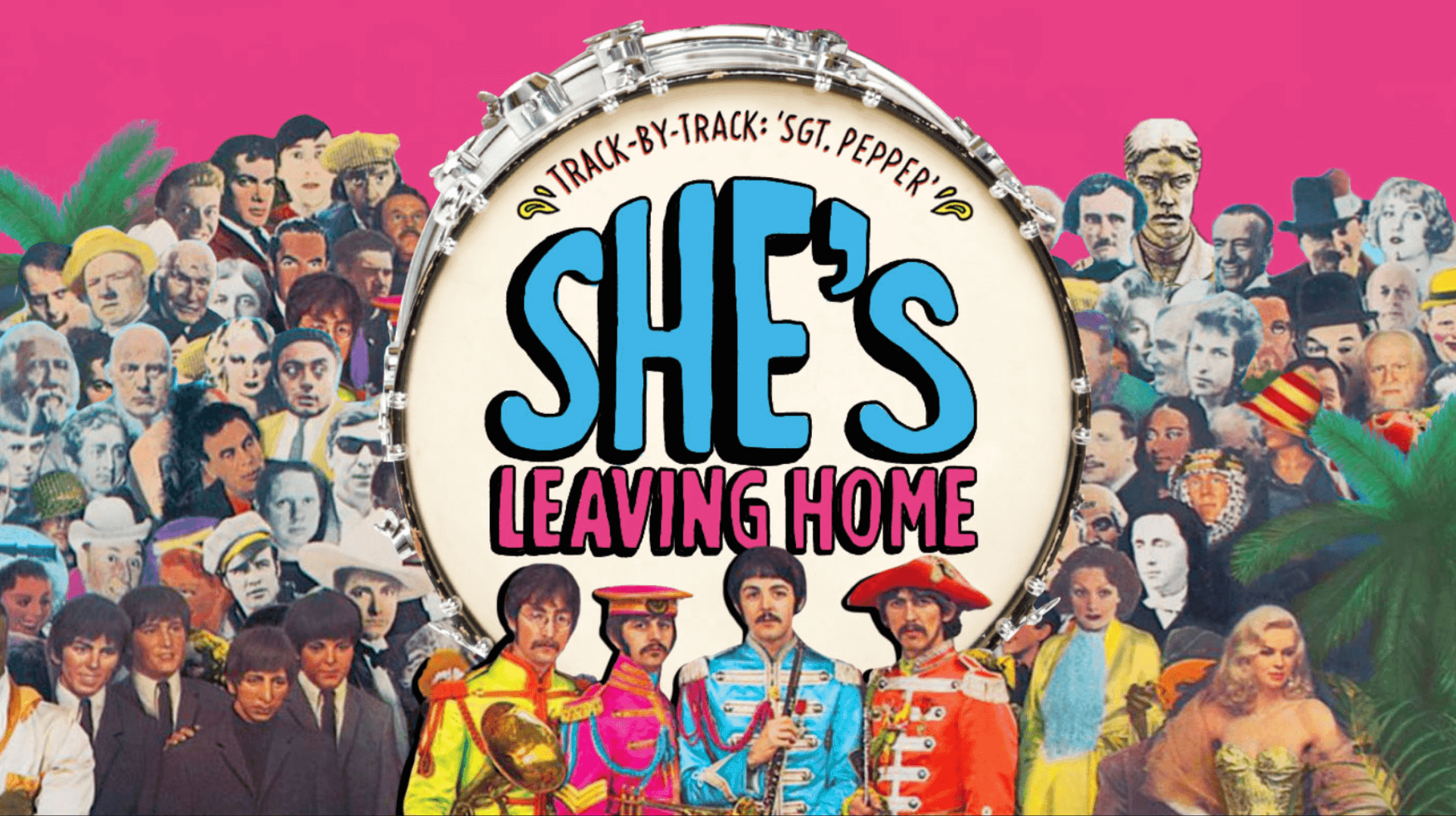 Our narrator tells the story in the 2nd person, but the background vocals (written in parentheses below) use call-and-response to personify the parents of our protagonist.

She (We gave her most of our lives)

Is leaving (Sacrificed most of our lives)

Home (We gave her everything money could buy)

For so many years (Bye bye)

The narrator voice is obviously in support of our protagonist. She’s been “living alone” emotionally, trapped in the loop of her parents’ household with no ownership of her life.

The parents, however, are stunned and hurt. But the voice that the writer gives them doesn’t inspire sympathy from the listener. The parents are portrayed as selfish, materialistic, and old world, while the protagonist is portrayed as young, fresh, independent, and hopeful.

Adding a dual-voiced section to your song can contribute richness without complexity. By nature the call-and-response device is simplistic, child-like in the best way.

Try adding dialogue like this to your next song!

A song has the power to take a fundamental, widely-known truth about life, and make the listener think, “what a concept!”

In She’s Leaving Home, it’s this:

She (What did we do that was wrong)

Is having (We didn’t know it was wrong)

Fun (Fun is the one thing that money can’t buy)

This concept is made profound by the story that precedes it. We are taken through the protagonist’s liberation vividly, step by step.

We can almost feel the wind in the narrator’s hair and the sun on her face as she sets out on her own. It’s easy to sense the courage in her heart, and experience her awakening.

Something inside that was always denied

For so many years

Then the parents have one final “Bye bye” in resignation, accepting their fault, and letting her go.

The storytelling puts a spotlight on a universality (in this case: Life should be fun, filled with joy and freedom!) that everyone already knows and has inside them.

We just need to listen to a song like this to have our own heart remind us of the truth.

Let’s go back to the beginning – How to write a song like The Beatles? These are some heavy narrative hitters. As you write, play with these tools one at a time. Get to know how your creative voice expresses itself through them.

Try not to force anything. One of the most spellbinding qualities of these songs is how effortless and natural they feel.

We can only get better by studying the greats. Tune in for the next post when we focus on more incredible songwriting by The Beatles.

If you get stuck or simply want to improve the quality of your song, you can always seek help from our accomplished songwriting and song production team. Enjoy high-end music production services by awarded producers, yet very affordable since there are no middlemen and unnecessary costs – we work online!

Let us hear a bit about your project and within 24 hours we’ll get back to you with all the needed info so you can decide whether our team is the right one for your needs.

How to Use Humor and Satire in Songwriting

How to Use Satire in Songwriting