What’s the Difference Between a Music Producer and an Audio Engineer? 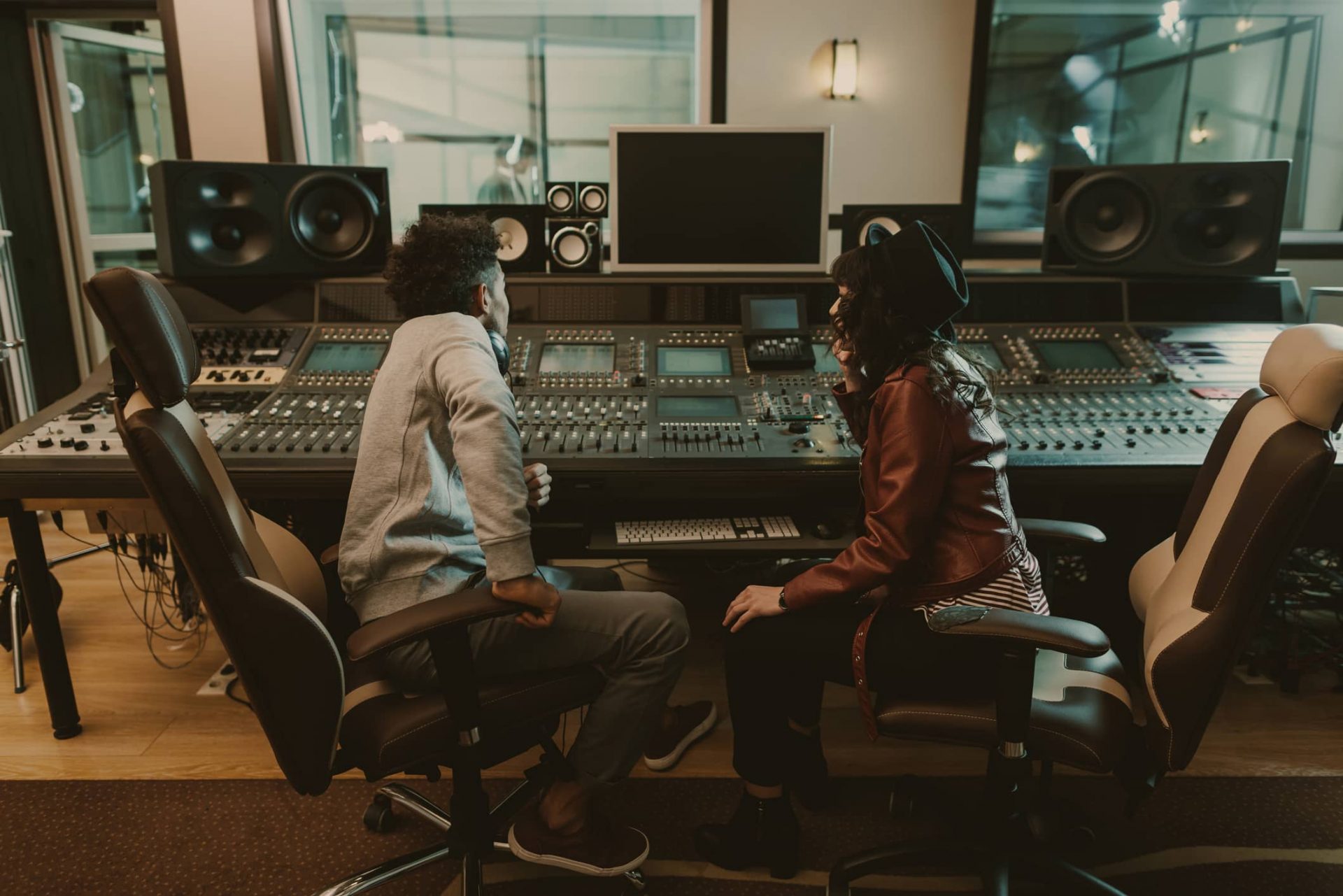 Music Producer or an Audio Engineer? What’s the difference?

It’s no secret that the music industry is highly competitive. Artists are releasing great music every day, and it can be a challenge to stand out from the rest.

Suppose your song doesn’t instantly connect with the listener. In that case, your music is likely to get buried into the depths of obscurity. One way to prevent this from happening is to hire the right professionals for your next track.

However, it can be hard to know what professionals to hire.

If you aren’t careful, you can waste lots of money and time with “audio professionals” who give you lackluster recordings, direction, and no constructive feedback.

We are here to help you avoid these pitfalls.

This article will help you learn the differences between the two most popular titles in pro audio: music producer and audio engineer. You’ll discover what makes them great at what they do and which one you should be looking for to hire for your next project.

All to help you be confident in taking that next step to turning your dream into a reality.

Music producers are the film directors of the recording industry. They have a developed music production process for taking an idea and turning it into complete audio production.

Music producer’s role might look different depending on who is at the helm. Still, there are typical roles that a professional music producer will take on.

Besides acting as project manager, an artist often selects a music producer because of the signature sound they impart on records. He will rely on the producer’s experience and palette to drive their music into fresh new territories.

Apart from pushing an artist creatively, a producer will also help focus an artist and create cohesion in an album.

Music producers will work with the artist to ensure the composition, arrangement, and performance are all working together. Moreover, they will also help the artist create an overarching sound that makes an album sound complete.

Most importantly, a music producer will select the team that will be a part of the project. Teams can be large or small depending on the budget, but the most common will be:

A music producer is an invaluable part of the music production process. A good one will elevate your sound to heights you couldn’t reach on your own. 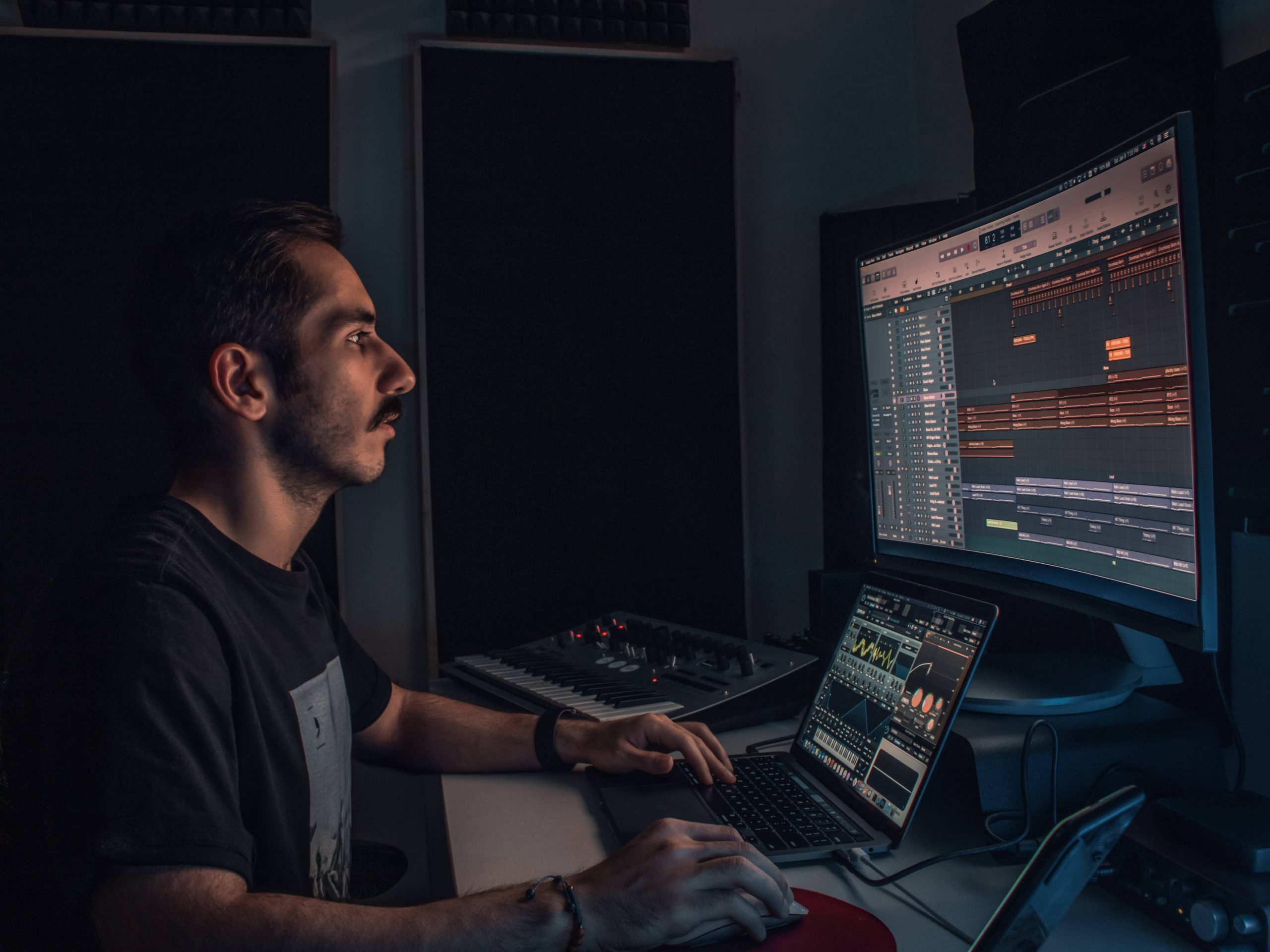 Audio engineers are responsible for capturing and coloring the performance

Audio engineers’ jobs are different from music producers. It’s a mix of science and art. Audio engineers are the ones that manage the technical aspects of a recording session.

Audio engineers know how to operate all the equipment correctly and understand the “color” that each piece of equipment imparts on a sound.

The professional audio engineer will also have a great understanding of the frequency spectrum and ensure all the performances work together in the sound field. Audio engineers carefully choose which microphone, its placement, and what preamp should be used to make sure all sounds fit like an audio puzzle piece.

A great engineer is intentional about gear selection. He will know that every decision for capturing sound matters, and their ear and experience help them make the right choice.

For example, legendary audio engineer Al Schmidt hardly used EQ and compression for recording and used the rooms and microphones to capture the perfect sound. Only an actual professional could be confident to make these types of choices.

A great audio engineer will often be involved with editing the audio. Still, on bigger productions, this could be a separate person.

What about Mixing and Mastering Engineers?

Mixing Engineers are responsible for taking the separate tracks and creating balance and they ensure all instruments work together as a cohesive sound using EQ, compression, effects, and automation.

Mastering Engineers will ensure the mix sounds consistent across different speakers and make adjustments to ensure it is competitive in today’s market.

These two roles can significantly impact the overall vibe and feel of a recording and are often selected by the music producer to ensure they are imparting the correct vibe. 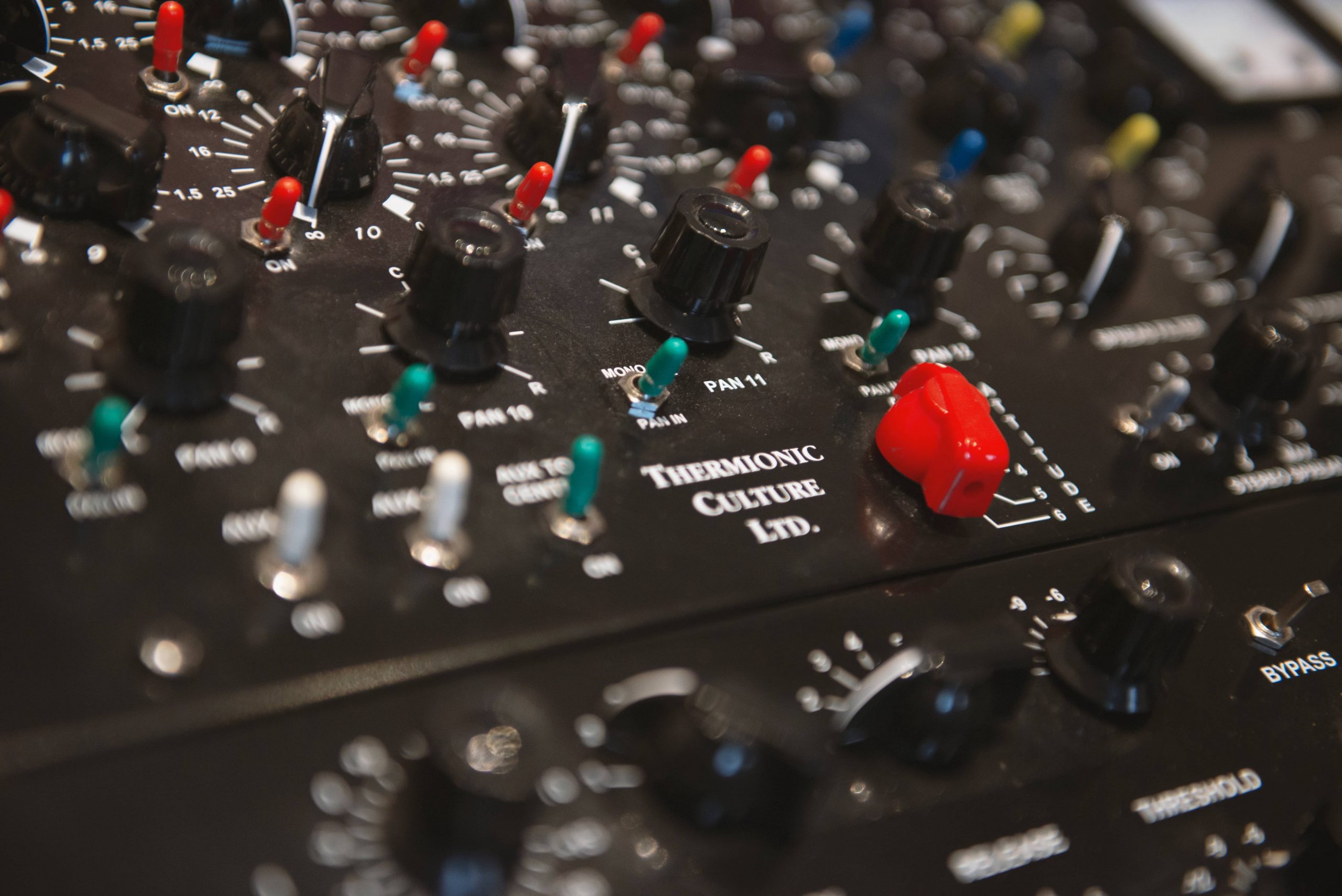 An Executive Producer is responsible for business decisions

This article wouldn’t be complete without mentioning the difference between Music Producers and Executive Producers.

Often, executive producers are the financiers of a project, and they can control the budget and where funds get allocated.

Despite the fact that an executive producer isn’t as common in today’s recording climate, it’s worth knowing the difference.

Music Producers may also be the Audio Engineer

Depending on your budget and the scope of the project, the music producer and the audio engineer can often be the same person. Their role may even expand into recording parts, editing, mixing, and mastering the project.

Often, producers have a vast musical background and can do an adequate job in all these roles.

However, when a music producer wears too many hats, it can prevent them from doing their primary job effectively. There’s a chance they can lose sight of the bigger picture and get too bogged down in the details.

Also, on the flip side, when engineers take on too many roles, they can lose sight of the details.

It’s often better to hire separate people for each of these roles to create better results.

Music producers are often paid “points” for their work

Music producers often are seen as an extension of the band or songwriting team. It isn’t uncommon for the producer to negotiate “points” as part of their compensation on bigger musical projects.

Since producers are often critical players for how a record sounds from a creative standpoint, they often are seen as entitled to a back-end royalty or “points.”

A point is paid to the producer for all monies made from the recorded song. Industry-standard would be between 3-7 points for the producer, which would mean 3-7%.

This differs from audio engineers as they are often paid on an hourly or project basis.

Should you hire a producer or an engineer for your next project?

But this is risky. When no one guides the ship to a specific destination, money often gets wasted, and the recording doesn’t turn out exactly the way you want.

So, for this reason, we would recommend that you hire a producer for your next session.

Hiring the right music producer will help you coordinate and connect with the right engineer for your project. This will help ensure that your song comes out sounding the best it possibly can.

Every hired professional is a piece of the puzzle when recording a song. You want to make sure that every element works together.

What to do next?

It’s a common misconception to think that a music producer and an audio engineer are the same roles. Of course, this might be the case depending on your budget, but it’s essential to understand that these two roles are different in many ways.

Suppose you want to take the guesswork out of your next recording and focus on the music. In that case, we recommend hiring a producer and an experienced engineer for your next session.

Consider Supreme Tracks. Our music producers and engineers are proven and awarded experts at making you sound the way you’ve always imagined. And it’s all done through a remote collaboration and at the rates an independent artist, like yourself, can afford.

Brad Johnson is a professional music producer and founder of SongProductionPros.com, working from sunny California.