How to Use Humor in Songwriting 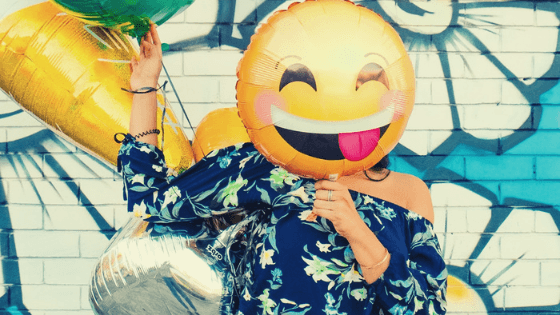 In these intense and serious times, one of the best medicines is a good laugh or an honest smile. Think you need to wait around to get your heart broken to write a great song that really affects people? Think again – use humor in your songwriting! Let’s share some songwriting tips to get you started!

In this post we’ll look at how some of the masters of the contemporary West use humor, silliness, and absurdity in their music and lyric creations. We will also pinpoint ways songwriters of all levels can incorporate these tools in their songs.

Think of the use of humor as one color in your emotional palate. Your listeners are subconsciously looking for a reflection of themselves. An audience member’s aesthetic is shaped by the search for the feeling that the artist is communicating something truthful, something essential to their human experience.

When that spark of recognition, that strong identification, that “me too” feeling occurs in us on a deep level, we may say something like, “I love that song!” or, “Oooh who is this?” Humor can add a beautiful truth that cuts through like a knife with meaning. Melancholy or sincerity may be, on the other end, foggy and vague.

If you’re not already a comedy fan, take time to watch some stand up comedy, either live or online. See what kind of humor resonates with you. They say stand up is one of the most terrifying crafts because there is no mask, no character, no beat or melody to hide behind. It’s just you up there. When a joke is so true that it makes a whole room laugh, and the writer and performer of that joke is up there being honest and raw, it is pure magic.

In the same way, you can use humor to lay yourself and the truths of your experience bare in your music. This isn’t limited to your lyrics. It can come in the form of production, chord structure, melody, performance, and many others. There are so many ways to let your silly-flag fly in your songs. Here are some of the best artists who manage to incorporate humor in their music, very successfully:

Let’s start with The Beatles.

They use absurdity consistently throughout their discography in songs like Maxwell’s Silver Hammer, Yellow Submarine, Octopus’ Garden, and many more. In these songs they place the listener in abstract realities (remember, the use of psychedelics was at a high at that time), and it’s this fantastic, ridiculous trip that takes us out (far, far out) of the mundane.

The Beatles’ real craft with humor shines, however, in songs like When I’m Sixty-Four.

First, the arrangement. It sounds like an old-timer band at the town fair with clarinets and a charmingly out of tune honky tonk piano. This in-and-of-itself is a use of humor. The song is about growing old, and the very first moment is a silly romp that harkens back to a simpler time.

Then we get into the beautiful little love song…

“When I get older, losing my hair, many years from now, will you still be sending me a valentine? … I could be handy mending a fuse when your lights have gone… doing the garden, digging the weeds, who could ask for more? Will you still need me, will you still feed me, when I’m sixty-four?” Such a funny and true picture of “a love that lasted years.”

Notice the double meaning of “…when your lights have gone.” Very clever, Paul!

There is also a multi-meaning in “will you still feed me?” Of course he may mean this literally, since he’s concerned if he’ll be able to bring a spoon to his lips when he’s older. But he also conveys a truth about love: our partners feed our imaginations, inspire us, sustain our desire to keep going. What a powerful punch with a silly little line.

Next, let’s take a look at contemporary artist Louis Cole. A genius multi- instrumentalist, producer and songwriter, Cole released his latest album Time in 2018. The album is full of jokes and puns that paint a hilariously true picture of life in the modern age. We’ll take a look at the opening track, Weird Part of the Night. Cole’s sound is like a mix of a video game soundtrack and the funkiest James Brown song.

He brings us into the wondrous world of his most creative time of the day.

“Between 3 and 6, when my big ideas hit/…it’s hard to be fake with nobody else awake/…Not midnight, not sunrise/ In the weird part of the night, (yeah)/ That’s the time I feel alright (yeah)/ All the bullsh** goes away (aw yeah)/ Then it comes back in the day (yeah)”

This can evoke a smile of recognition in any listener.

Who among us has never had that golden hour when, even though no one else may understand, we feel the most tuned in, productive, creative, and free? In the second verse, he goes on to joke about what else could happen in the weird part of the night: “Between 3 and 6, when no one can [mess] your sh**/ so in touch, that’s the best, send that girl a risky text!”

This passage, when paired with the melody and the production, can inspire a laugh-out-loud response. It seems like a topic as crass as this would only belong in a stand up comedy routine, but Cole found a way to tell this story in a song, with a rhyme, an amazing beat, and a punch line.

The amazing Janelle Monae uses humor and farce everywhere in her music. On her album “Electric Lady,” Monae embodies a version of herself in fifth-gear, a powerful, loud and proud queen.

In Q.U.E.E.N, her delivery is over-the-top soulful and funky, yet completely committed and sincere. It makes the lyrics explode with meaning and double meanings, which helps us smile and relate.

The vulnerability in this is almost cringe-worthy! A standup comic would certainly expose him/herself as a mirror-dancer to get a good laugh, but a musician? Let alone, a rockstar-diva who is at the highest level of her career? Monae knows she will appeal to her listeners most with this charming, awkward honesty. With the beat and the production, it makes it seem cool to dance by yourself in your room! And if you take a listen to this song, it may have you doing just that.

We cannot discuss humor in music without mentioning Weird Al Yankovic. Weird Al’s enduring career is unparalleled. He releases parodies of the biggest songs of the day, changing the lyrics to tell comedic stories.

His curly hair and accordion (which he plays expertly) evoke a court-jester image, and he follows through on it with his hysterical interpretations of some of the most recognizable songs of the 1990s to present day: It’s All About the Pentiums (a parody cover of Puff Daddy’s It’s All About the Benjamins), Eat It (a parody of Michael Jackson’s Beat It), and Pretty Fly For A Rabbi (a parody of Offspring’s Pretty Fly For A White Guy). While his faithful audience is a niche part of society, everyone recognizes his name, and appreciates his contribution of laughter, light-heartedness, and outright ridiculousness.

As you begin to incorporate humor into your songwriting, remember that comedy is all about timing. Place your funny lines in the right place.

Sometimes they belong showcased as a hook, but other times they’ll be funnier within a verse as part of a larger story.

See if you can be effortless with your jokes; a listener can tell from a mile away if you’re trying too hard, if you’re forcing cleverness, or if your humor lacks authenticity to the human experience. Let life show you it’s silly side. If something strikes your funny bone when you’re out and about, make a note.

Sift through your notes for the best lines. If they fit into the scope of your voice as an artist (meaning: if you feel natural singing/writing it, and it doesn’t stick out like a sore thumb from the rest of your material), don’t be afraid to use it.

ProTip: Get feedback! Send your first drafts to friends/collaborators and see what they think. Sometimes the best response we can get is: “Nope, doesn’t work!” Thank your friend for saving you from releasing it, either rework or throw it out, and keep working!

A main driving force for anyone who has the music/songwriting bug is to contribute harmony to the world, and to make people happy.

In general, songwriters bend toward the dramatic simply because a negative emotion has more weight and urgency to express than a positive one. This needs to balance out as we grow as artists. We are tasked to uplift, to raise the frequency of the people around us.

Mine your sense of humor for the gems, and let your music make us laugh. What do you say?

How to Use Satire & Character in Songwriting

How to Write Lyrics for a Love Song