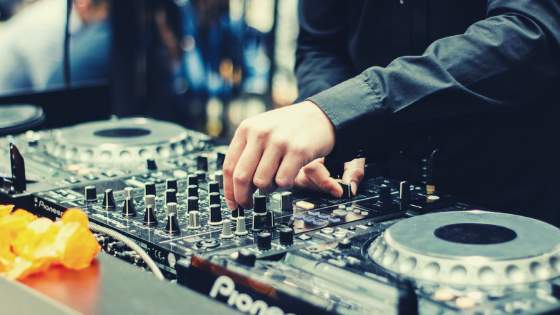 Michael Andersson was after dance/EDM song production for his demo track Stay Down. He was looking for a full scope of professional music production services: composing and arranging, sound design, mixing and mastering.

Michael chose to work with us because he was confident from our talks that his music will receive personal attention from our team. He also felt we were in-tune with what he was trying to do.

Michael sent us the top-line vocal of his track and sound references for us to work to – Rihanna’s Only Girl in the World and Diamonds, plus YouTube videos of dance-based songs from the Stargate Production Company.

How we worked – The collaboration process

To give you a feel for the original idea, here’s chorus line for Stay Down right at the beginning of the process, with just Michael’s demo vocal:

We gave the demo track to an up-and-coming New York electronic music producer who immediately got going with some ideas. First, he increased the tempo and made some harmonic changes to bring it closer to client’s reference tracks. The effect of changes was instant.

Michael liked the changes and felt they were in line with his vision. Michael informed us that he wanted to proceed with female vocals, so he sent us a female vocal track to replace and use while working on the song arrangement. We incorporated the new vocal track and sent the first arrangement draft to Michael. We were looking to get Michael’s feedback and ensure we were taking the arrangement in the right direction.

Here’s the first chorus of the first arrangement draft …

Note: sending a short arrangement preview, that usually has only the first verse and chorus, is a standard part of our song production process. It allowed Michael to give feedback early, and allowed us to understand if production is moving in the direction Michael envisioned.

What did Michael think of the first arrangement draft?

Our producer took that on board – less electronic, more dance pop-influenced.

Michael also gave us some valuable feedback on changes he wanted to hear in the song structure.

He wanted the track to begin with the verse.

He suggested that the fast snare section could be replaced with a fill from later in the track.

He also thought that one of the breaks sounded a bit unnatural and stopped the flow.

To fix this, Michael suggested going directly from verse to chorus.

The faster tempo, harmonic shifts and professional dance production gave Stay Down a new feel. As a result, Michael thought one of Supreme Tracks session singers would be a great match for the new sound.

He wanted a Rihanna-type vocal…  “nasal, not too much vibrato and a bit melancholy”. We recommended one of our session singers for whom we taught would be a good fit. After hearing singer’s demo he gave us a green light for the vocal session.

We recorded lead and backing vocals and sent him a preview. We also added more elements to the arrangement, you will notice how the arrangement sounds fuller.

“Perfect! Exactly what I was hoping to hear.”

We had an approved arrangement and master vocal tracks recorded.

As agreed with Michael, we were not to record any live instruments for the song, so Stay Down was ready to go into mixing and mastering stage.

During the mixing process, we had three or four mix modification requests from Michael. It is quite normal to have several preview-and-modify sessions when doing a mix, tweaking mix details is necessary so that the mix sounds exactly as the client envisioned.

Here’s Stay down, after mixing and mastering were completed and approved.

“Thank you! I’m so, so happy with your work for this song! Preparing a new one now …”

A couple of months later, Michael wrote back with a new request.

He wanted us to produce Stay down with his (male) lead vocals.

Michael also wanted an entirely new arrangement, the one that would reflect the sentiment of his voice.

In order to get a fresh perspective on the song, we picked a new producer from our talent pool who never heard the song.

We wanted to avoid using someone influenced by the original song arrangement.

Listen to alternative version of Stay down with Michael’s vocals, in an entirely new arrangement.

So, which version of the song do you like better?

Do you think working with a single team of experts that can cover all your recording and production needs is the smartest and fastest way to give life to your music and sound like the artist you’ve always wanted to be?

If yes, get in touch today.

We’ll first talk to you about your music, to understand your vision and your music’s intent. Then we will create a plan guaranteed to give your music the best life it can have and make it feel like it’s an extension of your soul.