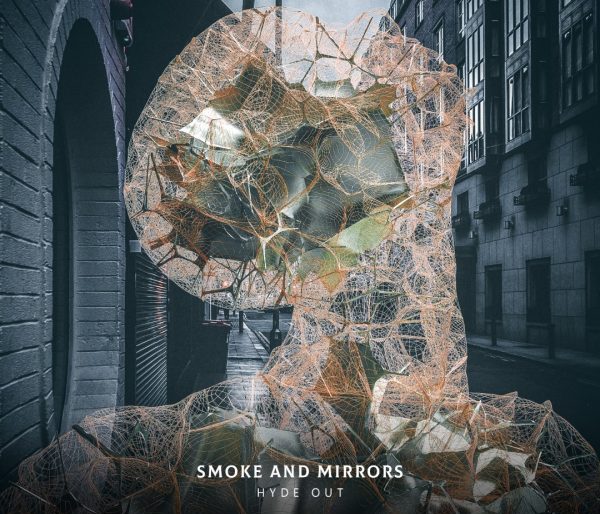 Omar, Can You Tell Us a Bit About Your Background?

We are Hyde Out, a duo (Omar and Jaka) from London, England who have been musically collaborating since 2014. Both of us have rich musical backgrounds.

Since the mid to late 90s, Omar has been the musical lead of several bands throughout Europe and Australia, where as Jaka honed his musical craft through collaboration with recognized popular and classical musicians throughout Europe.

We are not professional musicians though – music is something we make out of passion, which means we usually get to record only after-hours, at night time. We have built a studio for that purpose. What drives us is the desire to find new ways to reboot the sounds that defined our musical origins and redefine them in a contemporary way. Because our personal tastes and creative directions are often so different, we think the result is something interesting and fairly eclectic. Our new album “Smoke and Mirrors” at the end of 2020.

What Problem Were You Trying to Solve When You Contacted Us?

In 2018 we released a self-produced demo album called Technicolour Ghost, and while we thought some of the songs were neat, we felt the production let the whole project down. Mixing and mastering is a dark art we just couldn’t master!

We hired a couple of local people to help us, but their heart wasn’t in it. For some reason we always seemed to attract an unprofessional bunch of people. At one point a producer even reached out to us after hearing our song “Nights” on the radio and said he would love to work together and promised the world. Without going into details, that turned out to be another nightmare, and we even wrote a song about it called “Ode to J”. In addition, what drove us crazy was the fact that people we worked with never really tried to understand the song and the vibe we were going for, and help us build it and improve on it. It was always just very transactional. They never expressed opinions, never really tried to add to the track.

So the tracks were just slightly cleaner versions of what we had mixed, but they were never better songs. So at that point we were dying to find someone: (a) who would work with us in a collaborative fashion to make the songs as good as they can be, (b) who would be interested enough to put their own stamp on our music instead of just mixing it, (c) who would act professionally at all times and (d) who we would enjoy working with.

How Was The Problem Affecting You and Your Music?

We were getting frustrated, and the songs kept sounding like crap. You know there’s something wrong when you have finished a track, mixed it and mastered it, and you don’t really look forward to listening to it. Or that cringe and disappointment when you hear the first few seconds of your song and it sucks and you feel like you have to go back to the drawing board.

What Possible Solutions Did You Consider?

As I said above, we tried some local people, mainly through word of mouth. And another one reached out to us. For some reason we were always looking for someone locally. It didn’t dawn on us till later that we could work with anyone anywhere in the world, as technology now makes that easy. Maybe we were stuck in that old mentality that you need to be in the control room with the guys producing your music. But ironically, even with the local guys, almost everything ended up being done remotely. So that didn’t make sense.

Why Did You Choose SupremeTracks?

We just wanted to try something new and decided to hit the internet and see who’s out there. We found several options and researched them well. There was something about ST that got our attention. We listened to all the examples on the website and was really impressed with the quality.

At that point we were only looking for someone to mix and master. Then we saw the wide range of services they provide, including sessional musicians, and immediately thought of all the opportunities to enrich our songs.  I had never used session musicians before, and this sounded like something I really wanted to try. I reached out and got the right feeling right away. It immediately felt like I was dealing with genuinely passionate musicians, and I knew our music could benefit in so many ways. I also knew right away these were people I would enjoy working with. So points c and d above were ticked off fairly quickly.

Then, when I heard what they did with our first track (one of the songs that had been butchered by people we had worked with in the past), points a and b were firmly ticked too.

What Risks Did You Consider Regarding Working With SupremeTracks?

Well, I guess the usual: wasting time and money. Any company can have a fancy online presence but little substance behind it. Also, I was worried about collaborating with people I don’t get to meet, especially people who lend their voice or music to my songs – that felt kind of weird and new to me, as I have always collaborated closely and personally with everyone I have made music with. But the benefits far outweigh these small limitations.

What Reservations Did You Have?

I think one of the reasons why we had always looked to work with someone locally is because we liked the idea of being able to sit down in the control room with someone and collaborate. There’s something nice and easy about being in the same room with the producer and just go “turn that up” or “pan it to the left”, etc. Getting things done quickly is important to me.

But there are two reasons why this ended up not being a significant concern. First, because in the end even the local guys tended to work mostly remotely so there was really no upside. Second, the guys at ST turned out to be so fast that it didn’t matter too much. If it had taken a week for them to make a small tweak and get back to me it would have been frustrating. But sometimes these guys were even re-recording vocals and re-mixing songs on the same day!

Also, I tend to be very fussy and demanding about certain minute things, to the point of frustrating others, but the guys at ST never made me feel bad about it. They always just delivered.

What Measurable Benefits/Results Have You Seen From Your Songs?

As for the performance of the album in terms of streams etc, it’s too soon to tell as the album is coming out next week. I will keep you posted.

But one thing I can say for sure: everyone who has already heard the album (whether music industry people or not) tends to have different opinions about the song writing, based on their personal taste. But without exception, the one thing everyone agrees on is the production quality. The feedback about the production quality has been amazing and because of it the album is already getting more attention than we expected.

And One General Question: What Goal(s) or Ambition Do You Have With Your Music?

The only ambition we have is to continue enjoy making music and to be personally fulfilled by it. That amazing journey from a simple idea strummed out on a guitar, or jotted down on a piece of paper, to finished well-polished product is where the fun is. Then if other people also get moved by it, brilliant! That’s the icing on the cake.